Does it seem easy and even thoughtful to give in to a loved one’s desires to join the gaming arena that is ruled from within the World of Warcraft? As a parent and supporter of the movement to bring back face to face social interaction among family members, consider my case history before you allow your son, daughter, or even spouse into an environment that will not only captivate their senses but ultimately imprison them from the interaction that is needed on a social and physical level.

The World of Warcraft community can be interpreted dreadfully by one side of the fence as almost a cult-like following that is oblivious to anything occurring outside its realm boundaries. That can prove evident to anyone observing one of its obsessed gamers deeply immersed in the fantasy atmosphere of the game. At the same time, one can also point out the understandable allure of the graphics, and uniqueness of what can easily be called one of the most advanced video games available.

Having considered and given equal time to both sides of the debate, I am here to simply give you a first-hand case history of a close family member, who we’ll refer to as ‘Mr. X’, and the obvious effects that the wonderful World of Warcraft has had on him. Not to dance in rage upon a pulpit and condemn the online gaming practice, but to let you consider as well and make an educated and sound decision. 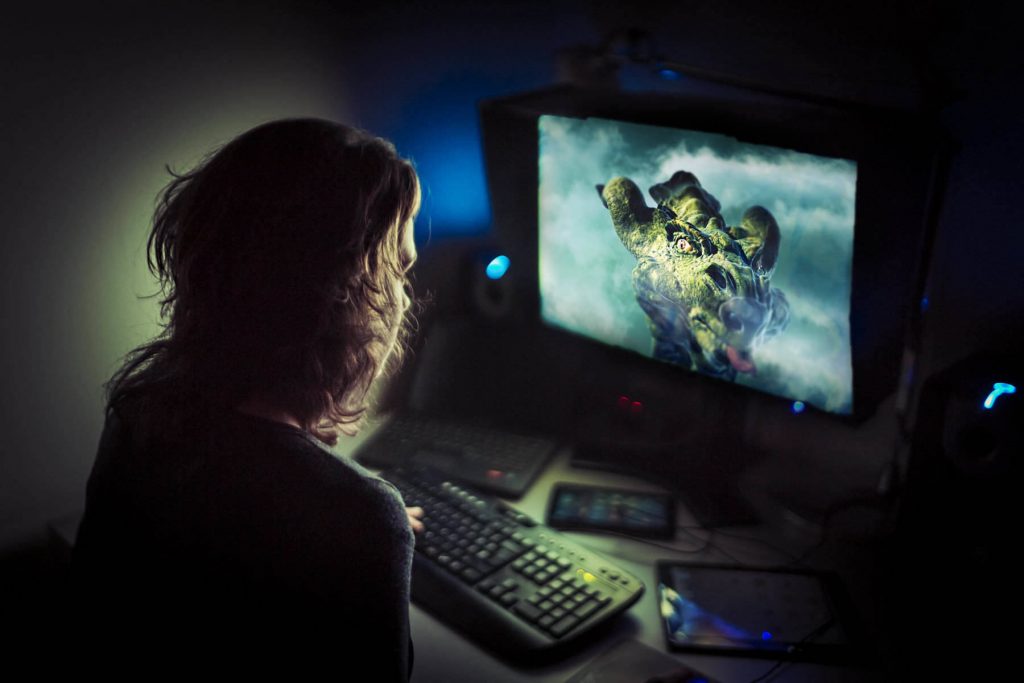 It comes as no surprise that a new study just conducted by the Center for Disease Control and Prevention found that gamers reported “lower extraversion, consistent with research on adolescents that linked video-game playing to a sedentary lifestyle and overweight status, and to mental-health concerns.” This is nothing new. Since the dawn of the modern computer age and the video games that accompanied it, we have faced a barrage of statistics reaffirming just that. Our children and society have become very sedentary as a result of technology and its creature comforts. While we progress in many ways with each new breakthrough, we also become less and less physically active.

I’m sure many of you from the baby boomer generation like myself remember those Christmases filled with presents and toys like bicycles, skateboards, and even sidewalk chalk that would lead to a bustle of activity on most neighborhood streets afterward. Those days seem to be long gone.

The similarities in the CDC’s findings to our family member, Mr. X, are understandable and frustrating to me and most others trying to muster even an ounce of normal communication with Mr. X. We find ourselves yearning for a respectful response from him to our comments and questions, or even at times a simple reaction to any type of stimuli outside of the World of Warcraft. If it were not for the even more noticeable effect on Mr. X’s ability to interact when he is not playing the game, perhaps the frustration would not be as great. The reality of the situation is that, as time marches on, his ability to converse or show signs of the intelligence that we all know he has become less and less apparent as he sinks deeper and deeper into an almost autistic state of being.

In all fairness, is an obsession to WOW and any other online game any different from let’s say a sports fanatic or someone who reads during every spare minute they have? Most likely not, when you start to realize that each will openly deny that their obsession is a problem to them and others. But the public scrutiny and media attention over online gaming is why this article is being written, and why Mr. X is a perfect lab example of the effects of the obsession.

The bottom line for everyone to consider is that it will get worse before it gets better. If you don’t intervene and control the amount of time spent gaming, the most you can hope for is that your loved one, like our Mr. X, will eventually tire of their fixation and push their obsession aside. It can be tough and frustrating, but patience and a bit of non-judgmental advice can go a long way towards alleviating the problem.